Magic has been banned from the great Underground Empire of Zork. By edict of the Grand Inquisitor Mir Yannick, the Empire has been sealed off and the practice of mystic arts declared punishable by "Totemization" (a very bad thing). The only way to restore magic to the kingdom is to find three hidden artifacts: The Coconut of Quendor, The Cube of Foundation, and The Skull of Yoruk.

Join forces with Dungeon Master Dalboz who calls you "AFGNCAAP"( politically-correct initialism for "Ageless, Faceless, Gender-Neutral, Culturally-Ambiguous Adventure Person") and together you travel throughout the Underground Empire's many locations, such as Hades, Flood Control Dam #3 and The Dungeon Master's Lair in an attempt to find the three missing artifacts and bring about the fall of the Inquisition.

Zork: Grand Inquisitor is the last installment of the famous Zork adventure series. It uses the same formula as its predecessor: first-person perspective, 360 degree camera rotation, pre-rendered backgrounds, and live actors. Humor and comical pop-culture references accompany you throughout the entire game and guarantee that you will never get bored. So if you are looking for a not so serious oldschool adventure then this gem is for you. 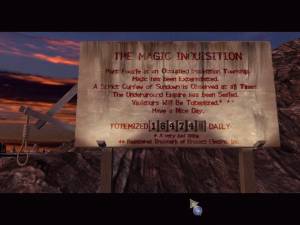 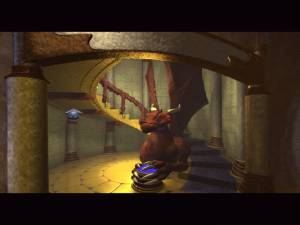 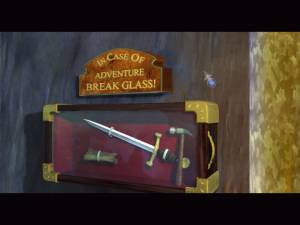 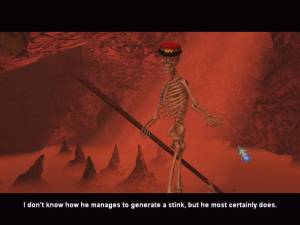 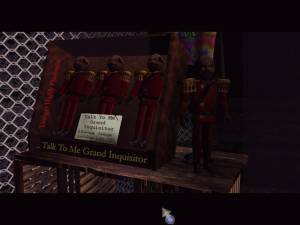